You ever get one of those songs stuck in your head?

One of those half-songs, the kind that sort of just linger at the edges of your ears? At the tip of your tongue? You know what I mean right? The kind of songs that drive you mad. That drive you into a state akin to thirst; to need water so bad you would–you would what? What would you do? What did you do? I guess that is really what I’m getting at here. Not the fucking song. It’s that thing…

That thing you did.

So, my friend, tell me, what drove you to it? To doing that–that despicable thing? It wasn’t a song was it? It couldn’t have been a simple fucking song; the kind where the rhythm gets stuck within the sinews of your brain matter causing that fatal disruption of sense, of logic. Of morality… Could it?

Are you truly that weak?

That pathetic? That insane. Well, you look it now, don’t you? All curled up in the corner there like some sort of sideshow freak; hands all knotted and knobby like a godforsaken tree left uprooted to rot amidst the thriving. Your teeth are chattering now too, are you trying to say something? Tell me something? Extort some sort of bullshit explanation as to why–why–you did what you did, even though you know nothing, no words, could ever excuse it. Am I right?

Or are you just cold?

Are you just expressing some human reaction to the lack of warmth here. Or is it more so the lack of warmth within your heart, cause let me tell you I feel fucking hot! Like hades hot in here, not that I’m complaining, I prefer the heat. You could say I live for it, but you know that now, don’t you? You knew that the moment you woke up. The moment you saw me.

But not the moment after you did what you did though.

See, and that is the problem here–well not here per say. Here there are infinite problems, I guess that’s what we cater to down here: problems. Problematic people who don’t recognize the problematic nature of their mere existence. People who carry on doing abhorrent deeds without a second thought until–that is–until they end up here.

Until they meet me.

So, my friend, tell me, do I look how you expected I would? Or did you not have any expectations? Your mouth is trying to open now, are you trying to tell me you had no expectations, no expectations of how I would conduct business down here because you never believed I existed? Of course you didn’t. No one that ends up here actually believes there is a here which makes this that much more fun for me.

To watch you squirm.

To listen to that fucking song bounce off the empty walls of your skull as you try–so desperately–to hatch an escape plan, which–if you haven’t figured it out yet–is moot. There is no way out my friend, just as you left no way out for the people whose lives you destroyed in your chaotic, arrogant, selfish wake. There is no escape, so cozy up by the fire, which–if you haven’t noticed–is abundant, and try and grasp the title of that song. That fucking song that will play in that empty head of yours for eternity. 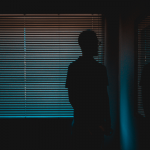 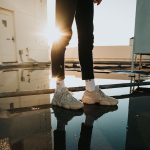