Yes, for all intents and purposes, he is guilty.

He picked off their lives as if they were nothing more than lint on a sweater. Still, part of me wonders if that is how he saw it; what he did. Like a simple, mundane act. Like life was–is–nothing more than a particle of dust to him. But I know that isn’t even remotely true, because another life is–was–everything to him. With regards to what he thought about his actions and the harm he caused, I am certain he didn’t see it. He didn’t think about it. Didn’t waste a moment of his time thinking about it–about them–about what he did.

He saved all his thinking for her.

All his doing for her. His life–his own life–was for her, so–and I apologize for the definite offence that will be taken by me saying this–how could anyone have expected him to respect any other life? Aside from hers, of course. I suppose, his driver, and within that, his short-sightedness should have been looked at earlier on. It should have been acknowledged, treated, and examined at the birth of his obsession. At that first inkling that things were far from what they should have been. Alas, how does one quantify, or qualify for that matter, a shift from a boyhood crush to a raging disease?

It started with the camera.

And if I could go back in time, I would have told her never to have given him that Goddamn camera. That had to have been the first seed, the straw that broke the camels back. The gift that broke the sick boy’s mind. Then again, maybe that wasn’t the seed. I suppose it could have been anything, it could have been a fucking pencil–and Lord help us if that had been the case. I don’t even want to begin to imagine how that would have looked–any gift from her could have sparked what would later become our reality.

The way he crafted them, like he needed to dress up the most depraved side of humanity and exhibit it within the simple beauty of our naive existence. I want to say there was more to it, to the way he curated his scenes–his art–as if there was some kind of brilliant–grotesque as it was–intention behind it. We want to believe that there is a method, a meaning, to madness, but that is part of our own human flaw. It makes us thirst for the beauty within the mystery, when the truth of that mystery is actually ugly and simple.

Because he is–was–ugly and simple. What he did was ugly and the reason for it was simple: he did it for her. Regardless of the quite simple fact that what he did could never–would never–cause the stir within her, he hoped for. Killing people would never drive her closer to him. Taking the lives of the people she loved could never bring them closer together. Someone would have to be absolutely out of their mind to believe something like that.

But, that’s the strange part.

The disturbing part. He wasn’t out of his mind. He was never out of his mind, he was fully in his mind. And trying to decipher all of this now, to draw reason, I keep coming back to the pictures. Those abhorrent pictures. And because of that, we need to look past him. Past his own monstrous mind and into the camera. 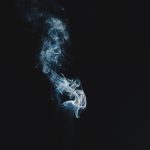 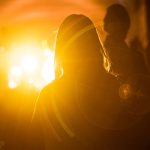