I always thought it was your hair.

Not just your hair but the way your hair wove in and out of the sunlight like the only reason it bothered to shine was for your hair. For you. Do you remember that? Of course you don’t, how could you? But I remember it, it was the first moment I saw you. I was sitting at a one of the back tables pretending to be buried in work, when in reality I was scrolling through Pinterest. The door chimed and I looked up. I wanted to be mad at whoever you were, at the person who pulled me out of my endless procrastination, the person who reminded me that I had actual shit to do that didn’t include staring at useless images. I probably looked like a troll at that moment.

You were something else entirely. Something made of fire and light. It was almost like you weren’t human. Or that if you were, you were the only human in the entire world that mattered. And I suppose you are the only person in the world who matters, now. Not that you don’t know that. The next thing I saw was your smile. You were laughing. Still to this day I have no idea what you were laughing at, not that it mattered. What mattered was the sound of it, your laughter. It seemed to land on my skin and seep into my consciousness. It’s still there, I can still feel it, like when kids kiss each other with their eyelashes. Do you remember doing that?

Maybe you never did.

How would I know? It’s not like I actually know your history. Not like you do with people from your past, people who once mattered but have ceased to now. It’s funny though because it’s like all those people mattered, and mattered a lot, up until you. But you hair, your laugh, your everything have blotted out all the rest not unlike the sun when it shines into your eyes. Like how it shined into mine when you walked through that door. So it makes sense that I would have been confused for so long, thinking all of this was because of your hair. Thinking that all of this started over something so simple.

So insane, as your hair. How could I have been so thick-headed? So blatantly braindead to think I would have gotten myself into such a clusterfuck over hair. I wanted to blame you at first, and at first it made sense, until you reminded me that this, all of this; losing my job, cutting off ties with friends, ignoring the calls from my family, forgetting what daylight feels like is my fault. It’s my fault, because I can leave at anytime. You keep telling me that, and I know it’s true, but I also know that if i leave I will never see you again. I will never smell you, taste you, hold you again. I will never get to hear that laugh or see your hair.

And when I start to forget what the sun feels like, while I sit here in the darkness of this space, I think you your hair. Of you, and that moment you took away my freedom. 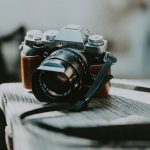 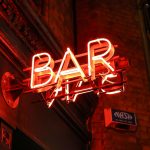