Have you ever gotten a real bad sunburn?

Like I mean hysterically bad. One that makes your flesh bubble like its made of puddy? One that causes these pussy bubbles to erupt under your skin and float around until they pop. Or worse? Do you remember what it smelled like? I have a dark complexion, so I haven’t really gotten a sunburn worse than a bit of a pink on my nose, but I remember my fourth grade teacher.

She got one real bad.

And I mean, like this can’t be real life, kind of bad. She had gone on a ski trip with her family over the Thanksgiving break, and when she got back there was this lump at the top of her head, right along her hairline. We all stared at it, not fully taking in the crispy pink face beneath it.

It moved from her hairline down her face to just above her eyebrows. We were all silent. The whole day. Even Bud Bracko kept his fat mouth shut–and that never happens. We were all so horrified. So bewildered and broken by the sight of it. This wasn’t real life. This wasn’t how our faces were supposed to move, to respond to sunlight. Sunlight was supposed to be good for us.

She told us it didn’t hurt.

That it was just a bad burn, but it didn’t hurt. But that thing, that ‘fluid’ as she called it was sinking. It was floating down her face and it had to come out some where. By the time it began to sag just below her eyebrows I started to imagine puss just seeping out in globs from her eyes.

The next day, she wasn’t there. I asked the kids at school what happened, ‘Did it fall out of her eyes? Did her eyes fall out because of the pressure? Did she die?’. No one knew. They said nothing happened at school, but our teacher never came back. That was the last day any of us saw her. We wanted to believe that she melted into a puddle of puss or that she was morphing into a creature and had to hide.

Truth is, she ran off with the baby-sitter.

Incredibly ironic timing, but true nonetheless. Though, in our nine-year-old minds, we held out hope that, that was just an adult cover story. That the truth was she turned into a glob monster. Or she wasn’t ever human to begin with, that she was a monster or an alien all along, just waiting to shed her skin. Or worse, that our poor teach was taken over by an alien, like in Men In Black and they had to take her away.

But after seeing what I saw on the beach…

Seeing their flesh broil, pop, and splash. Hearing their screams after we rushed them into the water. After the fire was out on the outside, the burning had only begin on the inside. We stayed with them, listening to their death cries, listening to their skin sizzle until the ambulance arrived and took them screaming away.

That’s when I knew. 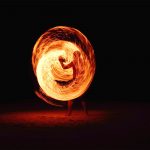 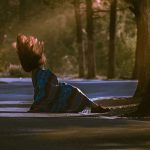