In the grand scheme of things,

I wasn’t born that long ago. In the grand scheme of things, I am barely alive. In relation to the first thing born here, twenty three years is like a blink of an eye, but that’s not the problem. The problem is that within those twenty three years there haven’t been any more births. Not one. Which, from an outsiders perspective could be defined as curious, maybe even lead to a couple fun conspiracy theories, maybe an urban legend or two. Either that or explained away by the deteriorating population of our little town. The schools all closed down, one after the other. Each one after one hopeful–or hopeless–year following our class’s graduation. First the elementary school, then then middle school “joined” with the high-school but within a year of our graduating class leaving those halls barren, people gave up.

They didn’t tear any of it down.

That would be like stamping what we have left with a death certificate, like standing on the edge of a bridge and hanging a noose around each of our necks. Not that I would mind. If I’m being honest that physical act may be the best thing any of us could do for ourselves. But not for those left behind and not because they would be sad, but because they would be swallowed whole. And, hey, who’s to say that killing yourself here in Brody Creek would lead anywhere different than where we already are.

But I am getting ahead of myself again.

I wanted to tell you about me, my history, not get lost in the dark sink holes that tend to pop up without warning around here, but as they say; sometimes you can’t help but veer off track every now and again. Also, don’t ask me who said that cause you wouldn’t know them, but you will. You will know everyone and everything in due time. For now, let’s talk about me cause let me tell you I’m a real treat and you’ll come to appreciate my… how should I describe it? Quirks? Yeah, let’s go with that. For now, at least.

I was born on October second.

Seems like an odd day for It to decide to put a cap on our population. Either that or it had nothing to do with the day and everything to do with–well… me. Sixteen babies were born that year, it was supposed to be twenty three, based on how many pregnant women there were, but–and I won’t get into detail–but those kiddo’s lucked out and went right back into the safety of whatever came before this. Needless to say, it was a rough year and resulted in a third of Brody Creeker’s vacating to bigger centers like Springfield, Fayetteville, and even Branson. People used to say that year marked the beginning of the end of Brody Creek, but we soon realized just how wrong we were about that. Soon it became glaringly obvious that it was pretty much the exact opposite of that; of it being the end. It was the beginning. I was the beginning, and the day I saw what I saw, I knew there would be know turning back. 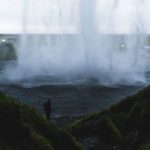 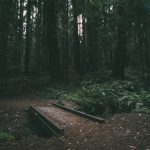