Here’s the thing about Brody Creek.

It actually is a really nice place to hole up in for a couple months in the summer. Our lake is one of the better ones, within a five hundred mile radius, and the property on the lake is cheap–for people who make over thirty grand a year, which isn’t the case for the locals since we barely have a pot to piss in– So, they eat all that property right up. Between the fourth of July and labor day this place looks more like a Kansas City Suburb than the dark little town buried underneath all that money.

At least, it was.

So when it happened, no one really noticed–not at first. At first it would have been too hard to notice, and I guess that was It’s point. That was how It wanted to play this round of it’s game. It wanted to lay low and fuck with the oblivious–and between you and me, I can’t blame It. Once I caught on it was equal parts brilliant and horrific, like watching a plane fall from the sky.

You know that name, I’m sure, but if you’re not into true crime or have a personal vendetta against the news then you might not know who he is. So, let me brief you; about a year ago a fourteen year old from a wealthy suburb in St. Louis, name Kyle Montgomery set fire to his high school. I won’t get into the gory details but it made national news–international probably. One week later, a girl named Christina Barkley, a seventeen year old from Indianapolis, drove her car into a bus–She was the one who took the brunt of it, but I don’t believe that was the original intention. Three days after that, Carl Monahan caused a ruckus in Kanas City. One day after, that Brian Copperthorn fucked shit up for his family. Brittany Lang, Shawna Hasslecroft, Brad Cody, Janis Johnson, Marco Weebly…

Some were more catastrophic than others, and I never really figured out what drove the specifics of each incident but that’s a bit beside the point. So when all this proverbial shit hit the fan all within our little section of the great United States of America, no one really thought about connecting the dots. I mean, with each event happening in a different city, in a handful of states; Missouri, Indiana, Arkansas, Kentucky, Tennessee, why would people connect the dots? People other than the families of the–what’s a good word to describe them… Clones doesn’t quite work. Infected doesn’t either. I guess I’ll pull from my pile of cheesy and say; changed.

The families of the Changed should have known.

Because what was the one thing each of these people had in common aside from being totally normal, moral and relatively happy humans? That’s right, you guessed it. They all spent that summer in Brody Creek, living in the lap of luxury, eating that summer sunshine like it was sugar. I assume they chose not to connect the dots out of fear. Or maybe they did connect the dots but wisely chose to keep their mouths shut. Either way, what happened in all those cities, to all those innocent people was just a small part of It’s master plan. And, I think back to the moment I realized what was happening and wonder if I had just done that one thing differently. If I had just pulled the trigger, would all of this not have happened? 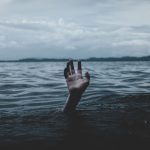 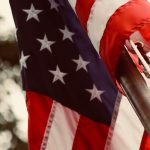