Let me tell you about dead bodies.

Real dead bodies, not ones you imagine–or ones you were led to believe you imagined. Dead bodies are just that; bodies. Not like a dead human. Humanity vacates and what’s left is a sack of flesh and bones made to resemble the human who once rode around in that sack. I don’t mean to get all philosophical and pedantic, but these little facts–which are hard to articulate unless you’ve seen a dead body–are important, because they differentiate reality and delusion.

His was the first dead body, I had ever seen.

And I knew it in that moment. I floated to him. I say floated because I don’t remember moving my body, I don’t know why or how I would have moved closer–rather than run the fuck away–without floating. I stood inches from the useless rubber shoes on it’s feet. The head was a mess, a bloody pulp, and the strange white chunks, that reminded me of maggots or wet styrofoam drifting away in the pool of his blood, were the part I hated the most. The insides were outside now.

But at the same time, I knew, beyond a shadow of a doubt, that it was real. Wrong and sad and horrible but real. That’s how I knew everything leading up to that moment had been false. Not false in a safe way. Not in a way like nightmares are safe, because nightmares aren’t real. There is a difference between false and not real. False, isn’t the opposite of real, it’s an illusion of reality, which makes it so much worse.

The police showed up.

I can’t remember if I called them or if they just showed up because someone reported the shot. Hudson Frank, a guy who went to school with my older brother questioned me. I don’t think anyone thought I shot Deakin’s old man, but they still asked me the same questions fourteen different ways. Hudson kept this weird look on his face like I had a booger hanging out of my nose he was trying not to look at the whole time.

I wobbled back to the beach after that.

I don’t know why I went back to the beach or why everyone at the beach was still laughing and drinking like a man hadn’t just shot himself. News travels slow when alcohol is involved, I suppose. But that’s what I did, then I stood on the sand and did nothing until I remembered the thing I forgot to tell the police. I pulled his note out of my pocket and stared at it, reading each word over twice. 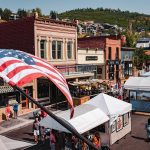 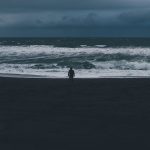