The sand was like raw ice on the bottom of my feet.

When did I take my shoes off? I remember thinking. My second absent thought was why the sand felt cold–ice cold–rather than hot. Sweat wound down my hairline like a curious slug. It was hot, had to have been at least ninety-five degrees. Hotter than usual. I allowed my mind to circle the drain of uselessness for a moment before I ripped it back down to reality.

My heart began to thump, it felt like a water-balloon being thrashed against my breast bone. I am going to die. That was my third and last idyl thought. I slapped myself across the face, and made accidental eye-contact with a young mother who looked at me with as much horror as I am sure I already had painted on my own face. I looked away, as the rest of the beach swam around my vision.

It’s here. Oxygen made its way to my brain as I strode through the crowd. It is here. Now. My eyes darted from one beach blanket to another. I fought the urge to scream blood murder and send the people scattering like mice. It. A beach ball sailed past my head causing me to shriek and the kids throwing the ball to laugh. Calm, Albany. Calm the fuck down. I opened my mouth to say something but swallowed it. Fuck those kids, I had bigger fish to fry.

And when you go fishing, how do you bait a big fish? My focus landed on a young man, standing alone, staring back at me. Staring. Not smiling, not focused on something else. Not intentionally or unintentionally making eye-contact with the hopes of something in return. Just staring. I felt my jaw tighten. My guts shrivelled and rose into my throat. His lips parted as the corners of his mouth stretched across his face.

But, he wasn’t smiling.

His mouth continued to widen, but his eyes remained dead. Empty. Vacant. Hollow. I felt myself wanting to think, wanting to rationalize, want to run but I didn’t. I couldn’t. What happened instead was my mouth had begun to stretch across my own face, mirroring his. The corners tore and I tasted bright, metallic iron.

I wanted to scream but I couldn’t. I lost control of myself. He–It–had taken it. It was over. There was nothing I could do. My face was going to split in two in front of hundreds of happy out-of-towner’s just wanting to celebrate their country’s birthday in peace. There lives would be forever ruined by the sight and there would be no one left to take It down. To stop It. To–

I blinked then looked down at a kid holding a beach ball. “Why’re you smilin’ like that?” I felt the muscles in my cheeks release. My tongue poked at the corner’s of my mouth. No blood. “Never mind, dumb-ass” I barked back at the kid then looked up, he–It–was gone. Won’t be like last time. No, it sure as fuck won’t. 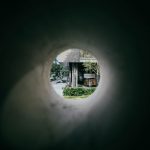 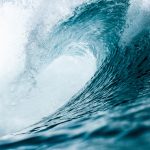